Anecdotes from Life with Autism – chapter 2 “The Runaway” 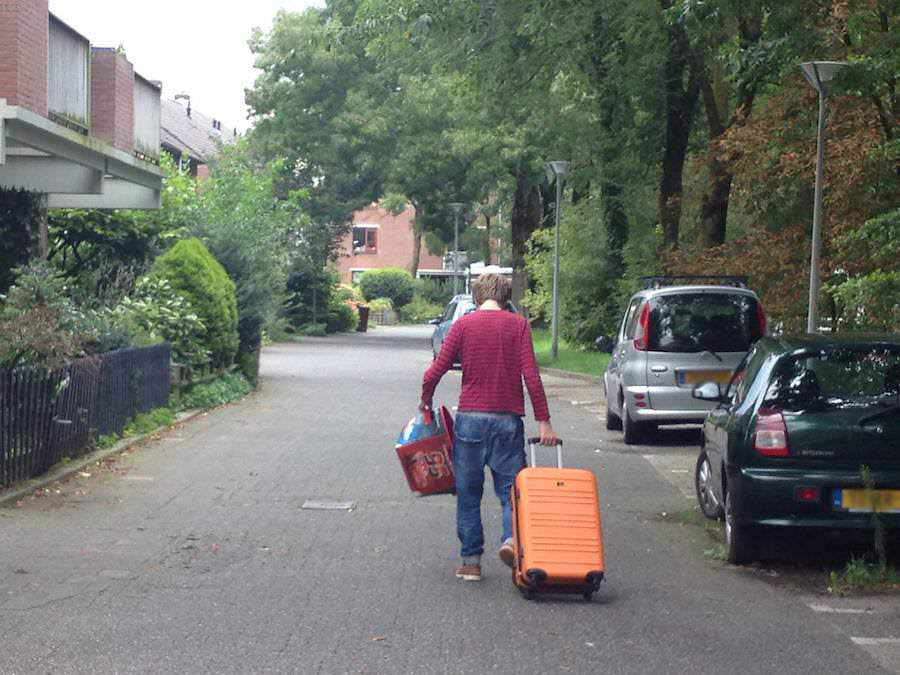 John just turned 12 when for the first time he yelled at his mother Erika: “I HATE YOU, I HATE IT HERE, I AM LEAVING.”

Erika listened to his screams with a mix of feelings. One part of her felt devastated.

John never ever uttered anything like that to her. Another part of her felt shocked, but in a strangely good way. Super excited even, because after running a home-based program for her son for almost 7 years, this moment was one of those rare surprises, John had occasionally shown over the years.

Yes, he was clear and to the point. For Erika, those sounds were music to her ears.

It took a very long time, eternal commitment, energy, endurance and consistent unconditional love, to help John to speak. John, at age 4 was diagnosed with Autism.

After all he was non-verbal for most of his 12 years, but after a full-time program spanning over 7 years, 7 days a week, 8 hours a day, John started to speak more clearly, his vocabulary grew and he started to put sentences together.

Not only that, he started to express feelings.

Erika stood still, with the ‘I hate you’ still echoing in her mind. Then to her amazement, John went upstairs for a while and left Erica thinking with a big sigh of relieve: ‘Oh good, he’s taking some time to calm down.’

After a few minutes though, John came back down the stairs with a bright orange suitcase, his “cars” backpack in his hands and headed right for the door.

One of Erika’s helpers, Matt, was there for his 2-hour shift. He was very well trained by Erica, in order to be there as John’s best friend. Matt was trained to foster social interaction and to help John improve all of his social and communication skills.

Matt knew that in this very moment it would be very effective to give John space and control and not to go against him. On the contrary, he waited for John to decide.

And decide he did. With a swoop of the door he took off, right down the street towards the bus stop. Erica gave Matt clear instructions to let John go, but to follow him from a distance.

Matt followed John from about 40 feet away. John not even looking back, held on tightly to the handle of the rolling suitcase, with the other hand clenching his backpack.

Once John got to the covered bus stop he sat down on the bench, put his suitcase next to him and patiently waited for the next bus heading into downtown.

Matt, as instructed stayed his 40 feet away from the bus stop, just giving John the space to be.

The first bus arrived, stopped, waited for a moment and after the bus driver closed the doors and the bus departed, John still sat at the bus stop bench, head down, deep in thoughts.

Matt waited patiently from a distance as about 10 minutes later the next bus arrived.

Again, John let the bus depart without getting on. He slowly turned around, knowing that Matt had followed him, looking right at Matt and said: “Ok, I am ready to go home now.”

“Sure”, said Matt, “Do you mind if I go home together with you?”

“No, that’s fine”, John replied with a smile on his face.

Erika was already waiting for their return at the door. “Hi John, so nice to see you again, thanks for coming back, I missed you and I love you.”

John, not looking at her, perhaps a bit embarrassed, but again with a smirky smile on his face, went straight up to his room to slowly unpack. Turned out, he had packed all of his favorite toys.

P.S. I will be eternally grateful to John for teaching me:

To stand up for myself and speak with my own voice

And to feel loved by the universe no matter what