Anecdotes from Life with Autism – chapter 5 “The Holdout” 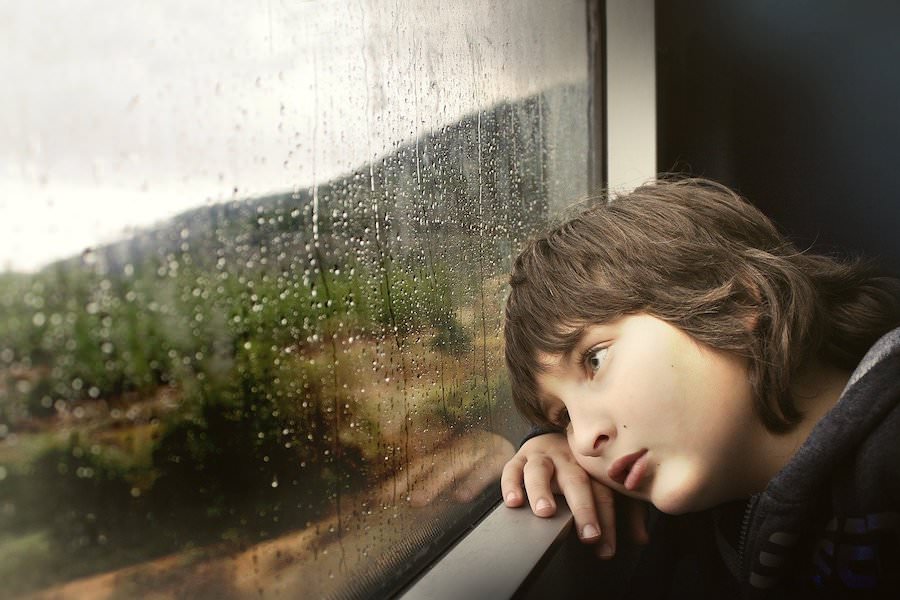 The first time I visited the home of Sam’s parents, Linda & Don, they took me to Sam’s specially designed focus room, where I watched one of Sam’s helpers play with him in a delightful game of tickle. Linda & Don created a full-time home-based program in order to help Sam develop social interactive skills, foster communication and help him overcome his challenges related to his autism.

There was a little table in the room on which I could see a plate of cookies. Every so often Sam helped himself to one of the delicious treats. All of the sudden, Sam winced, laid down on the floor and started crying.

When I asked the parents how often that occurs, they shared with me that Sam is suffering from all kinds of digestive issues; leaky gut syndrome and constipation to name a few.

They tried everything medical, not seeing the results they were hoping for.

When I asked what kind of diet Sam is on, both Linda & Don admitted that all he eats during the day are his favorite gluten free chocolate chip cookies and not much else. Perhaps an occasional rice cracker on one of his good days.

After probing a bit further, Linda shared with me how bad she feels for Sam because about 20 minutes after she gives him his cookies, he curls up in a fetal position and starts crying. When she offers him healthier food, he outright refuses and it often turns into a major temper tantrum.

Both parents were at a loss, not knowing how deal with this challenging issue.

Don then showed me a cabinet full of vitamins and supplements which they sneaked into his drink every morning and evening, not so much based on evidence, but more as a leap of faith, that the supplements will help his gut issues. Thank God, he still was drinking enough fluids during the day without any protest.

Several doctors and nutritionists encouraged the parents to put Sam on a variety diet in order to give him a chance to heal. The problem was that Sam consistently refused to touch any food other than his cookies.

After gathering all the information, I devised a plan for Linda & Don to change Sam’s eating habits for good, but warned them that they would have to be determined and consistent with all the changes and implement them with a positive, loving and yet persistent attitude.

I asked them to pick any day of the week to start the change. Prepare a plate of food they would want him to eat and present it every breakfast, lunch and dinner, no matter how Sam might respond.

Both Linda & Sam came up with a menu of foods, like soft veggies, gluten free carbs and a limited amount of fruits. They wanted to try it right away on the second day of my in-home visit.

The next morning, Sam was presented with a wonderful plate of simple, healthy foods. Linda went into his focus room and put the plate on a small table. Sam looked at it and immediately picked up the plate and threw it against the wall. All the veggies and rice went flying across the room. He started to scream, threw himself on the floor and while kicking his legs against the
wall he called out for “cookie, I want cookies.”

I listened with love and acceptance and asked Linda a few more questions. Her answers laid bare that she felt guilty as a mother, not knowing how to help her son. She believed that she was causing her son pain, one way or the other. She felt utterly helpless.

Don on the other hand, responded very different to the morning tantrum. He knew that something had to be done. By the time lunch came around, he volunteered to go into the focus room with yet another plate of lovingly prepared food. Sam showed the same reaction as before. All the food was spread over the entire room. He was tantruming on the floor and screaming for his cookies.

Don felt for his son. At the same time, he started to believe that when Sam is hungry enough, he will eat. By the time dinner came around, Don again wanted to present the food to Sam. The moment he entered Sam’s room, he didn’t even have the time to sit down the plate, when Sam send the food flying on the floor, followed by his tantrum.

Linda was watching from the outside again in tears, this time believing that her boy will suffer because he has not eaten all day.

I emphasized that in my 30+ years of experience, I had never seen a single child voluntarily starve themselves and that I believed that sooner or later Sam would eat what’s on the plate.

Sam went to bed that night without eating. It was a hard night for Linda & Don, because I strongly encourage them to do exactly the same method the next day.

The next morning the parents shared with me that to their surprise, Sam had a good night’s sleep, but the first thing he said waking up was: “I want cookie.”

Don took charge on day two and brought a freshly prepared plate of food into Sam’s room. Sam repeated the same behavior as the day before and Linda, who was watching from the outside, just couldn’t stand it anymore, went into the kitchen and got a plate of cookies, which she brought into the room and offered to Sam. His tantrum immediately stopped, he got up and walked towards Mom with a smile and “inhaled” the cookies.

After Sam had finished and now calmed down, I had a chance to talk with both Linda & Don. “Do you know what you just taught your son?” I asked. “You taught him that if he holds out long enough and you give in, he will get what he wants. He now knows exactly what to do in order to get his cookies. Hold out long enough and Mom & Dad will bring the cookies.”

Linda admitted that she just could not watch her child go hungry and that she’d rather give him the cookies than “torture” him with healthy food he just doesn’t want to eat.

Don felt differently and suggested that he would want to try the new method for more than a day. He suggested that perhaps his wife should visit her parents for a week and that he, together with my help, would try to go for it. Reluctantly Linda agreed.

We emptied the entire house of any remnants of cookies and crackers. Don prepared three different meals for each day and after Linda left, he took the first plate once again into Sam’s room. Plate after plate went onto the walls, the floor, the door and the tantrums went on and on, even though they seemed to decrease in intensity as the day went on.

I helped Don to stay in an accepting, loving attitude, knowing that Sam may need a few days to get the message; that there will always be food, that we love him no matter what he does, and that we will be there for him in the midst of tantrums and protest and will bring the next plate of food at meal times.

Day two came and went, no change. Day three came and went, no change. The same on day four. Don showed amazing consistency and determination, and whenever we got a chance to talk I helped Don with any limiting and undermining beliefs that may still be in place. By and by, Don replaced his belief system with positive, generative beliefs, like: ‘I know when Sam is hungry enough, he will eat. This will be good for his stomach. Sam is going through a healthy struggle’ etc.

Low and behold, on day five Don went into the room with a wonderful plate of food, put it on the little table and Sam slowly but unmistakably moved towards the plate, smelled the food at first and then took a very small bite. He chewed for a while, seemingly experiencing a different sensation in his mouth and swallowed the very first bite. Without hesitation, he then finished the entire plate of veggies and home fries. The smile on his father’s face was priceless. He cheered his son on, praised him gently for every bite he took, until the plate was completely empty.

Lunch could not come fast enough and dinner was a breeze. Don called his wife right after breakfast to share the event with her. At first, she did not want to believe it, but when he called her again after lunch and after dinner, she couldn’t help herself but join in the joy of the success. Linda could not wait to get back home and try for herself.

After Linda’s return, she gave it a try and to her amazement, her son Sam was a different child. Even though the first thing he asked her was “Cookies?”, she gently replied that the cookies are all gone and that she made a wonderful healthy breakfast for him with some veggies and scrambled eggs. He looked at her for a minute and proceeded to eat every single bite on the plate. Once again Linda was in tears, but this time a different type of tears.

Tears of relief, tears of joy, tears of gratitude and tears of deep love for her son.