Anecdotes from Life with Autism – chapter 6 “Peed on. Pooped on. Kicked. Hit. Bitten. Spit on. Scratched and poked in the eye.” 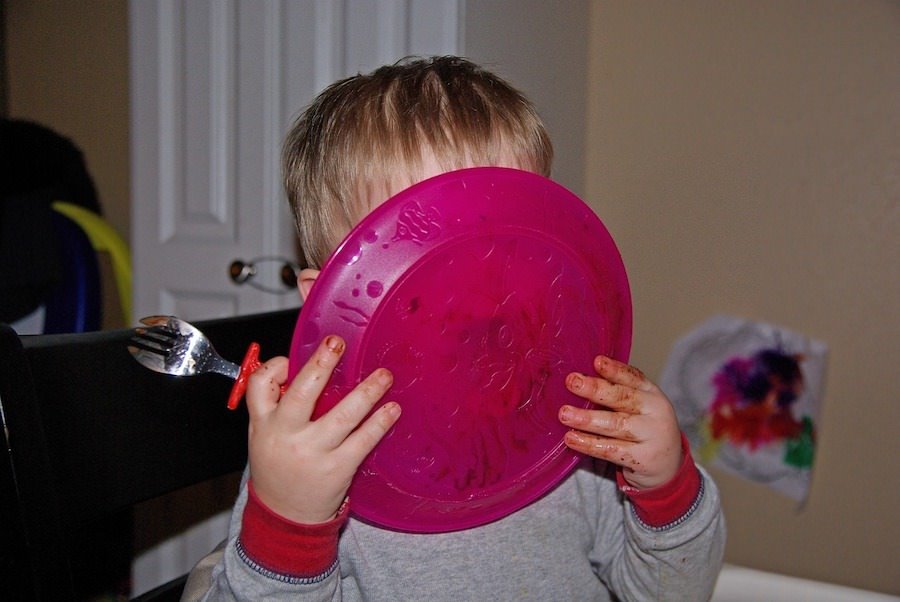 “Peed on. Pooped on. Kicked. Hit. Bitten. Spit on. Scratched and poked in the eye.”

My in-home service with Sarah, Trevor’s Mom, was at first a very discouraging and frightful event for her. She just lost her entire team of volunteers in a home-based program she was running for her son. The program had gone along smoothly with a lot of progress in Trevor’s development.

His language had increased, he could focus on interactions with people more and he enjoyed having “his friends” come every day to play with him.

Then one day one of his lady volunteers, who was part of the program for about six months, was delighted that Trevor would initiate physical contact by sitting in her lap ready for a game of “I spy with my little eye…

”By sheer accident Trevor, who was fully potty-trained, peed in his pants. When the volunteer felt the warmth of the pee spreading out on her clothes, she had a very dramatic response. With screams of disgust, she abruptly stood up, yelling: “Oh no! Trevor look what you have done.”

She left the room in a hurry to change her clothes. Trevor stood silently watching the whole scene with an indiscernible expression on his face. Sarah, watching the event on her TV monitor from the kitchen, came to the rescue. She took over in the playroom and calmly assured Trevor: “It’s ok, aunty Claire got a little startled.”

After changing Trevor’s clothes, a new volunteer, who just arrived, was ready to go into the room to be with Trevor. Sarah had a chance to check in with Claire who was waiting in the kitchen. Sarah sat down with her for a talk. Claire kindly informed Sarah that being peed on is just too much for her. That is something she cannot accept or tolerate. If he does that again, she won’t be able to come back.

Sarah comforted her by saying that it will not happen again and that she will talk to Trevor at the end of the day.

Just then a new scream was audible from the playroom and sure enough, the new volunteer came out of the room, her pants and part of her shirt being drenched in pee.

With a similar reaction, she said to Sarah that this behavior cannot possibly be tolerated.

Making a long story short, after a few days, Sarah lost all of her volunteers because Trevor decided to pee on everyone coming into his playroom for the next couple of days.

For Trevor of course, the reactions of his volunteers were not scary to him at all. Because everyone was lighting up like a Christmas tree, he actually looked excited about the animation and the different kind of attention he got.In his eyes, everyone came to life more dramatically than ever before.This was one of those moments where Trevor felt the power of having control over people and he seemed to relish it with great curiosity.

The timing of my visit could not have been more appropriate. In my 30+ years of experience this kind of event was not new to me, even though as in this particular situation, I never saw an entire team quit because all of them were peed on. I certainly had my share of being pooped on, peed on, hit, kicked, bitten, spit on, scratched and poked in the eye over the years and I knew just the perfect solution.

I first suggested for both Sarah and I to wear old clothing. Some beat up sweatpants and an old shirt.

Then we took turns every hour being with Trevor in his playroom. I started with him first, entering his room and immediately crouched down on my knees in a fetal position, covering my head with both my hands, protecting the sides of my body with both my elbows and just remained still. I did not say a word, did not look at Trevor and just kept in my mind the mantra: “I love you anyway. I will show you that love and acceptance is stronger than fear and discomfort. Whatever you do, I will not react but try to understand.”

Within a few minutes Trevor climbed on my back as if to start a horsey ride and sure enough he peed on me. I could feel the warm fluid flowing down my back and I did not react.

He climbed off and kicked me in the leg, perhaps to see if I would move. Thankfully his kicks only hurt a little and I did not show any big response.

“I love you anyway. I know you want to see a reaction. I understand.”

In my hour with him, he tried to poke me with a pen and hit me with his hand. No response.

It was Sarah’s time now. She went in and used the same strategy. He also tried to provoke any kind of response, which she did not give him.The only response she had was inside of her thoughts and her heart.

We changed our clothes after every shift and set the intention to be very consistent and sincere with our love for him and not showing him any response to whatever behavior he might test us with.

This went on for a day and a half.

On the second day, during my second shift, Trevor no longer tested us. At one point he came over, took my arm gently, bent down and looked at me. “I want to play” he said and with that his experiment with peeing on people was over. By the time Sarah came back into the room, he was fully engaged, in the middle of a social interactive game and ready to continue having fun with his Mom.

Deep down both Sarah and I believed that it was more important for Trevor to be with people then seeing them leave. Trevor passed a threshold of no return. Playing with people, having friends and enjoying being loved unconditionally had now become his priority and his motivation.

With love, understanding, acceptance and respect, we helped Trevor over a major hurdle.

P.S. It took me a while to train myself not to respond to “undesirable” or “socially inappropriate” behaviors. I had to learn and understand that every child I have come across in my career has no intention of hurting people. It is the child’s job to find out how the world works. Looking for certain reactions in people is part of it. Children will only use what works for them. When a child finds out that certain behaviors are not useful and don’t get them what they want, they just let go of it. What you want to grow, give a lot of attention to. What you don’t want to grow, don’t give attentions to.